Breaking: The Disappearance of Community Journalism in the U.S.

Over the past twenty years, approximately half of the local newspapers in the United States have disappeared. They’ve been bought by investment groups, large media conglomerates, or were forced to close because of the falling revenue from print advertising as the digital age took over.

Breaking! is an infographic on the newspaper closures and how they affect the local communities that once housed these publishers.

The goals of the infographic are to:
‍
1) Illustrate the changes in local journalism over sixteen years.

2) Explain the how the disappearance of local journalism affects communities.

A larger version of the infographic can be found below.

The data for the infographic was acquired from reports published by the University of North Carolina’s Hussman School of Journalism and Media.

The reports focus on news deserts—counties that do not have local news sources—within the United States. Areas without local news sources frequently have less government accountability and the residents are less likely to vote.

Before visualizing the data in Adobe Illustrator, a paper sketch was drawn to determine layout and types of visualizations.

The infographic is modeled after the front page of newspapers to serve as a broad visual hook.

The map of the U.S. serves as a minor visual hook since readers will be immediately familiar with the shape, more so than the bar and line graphs. 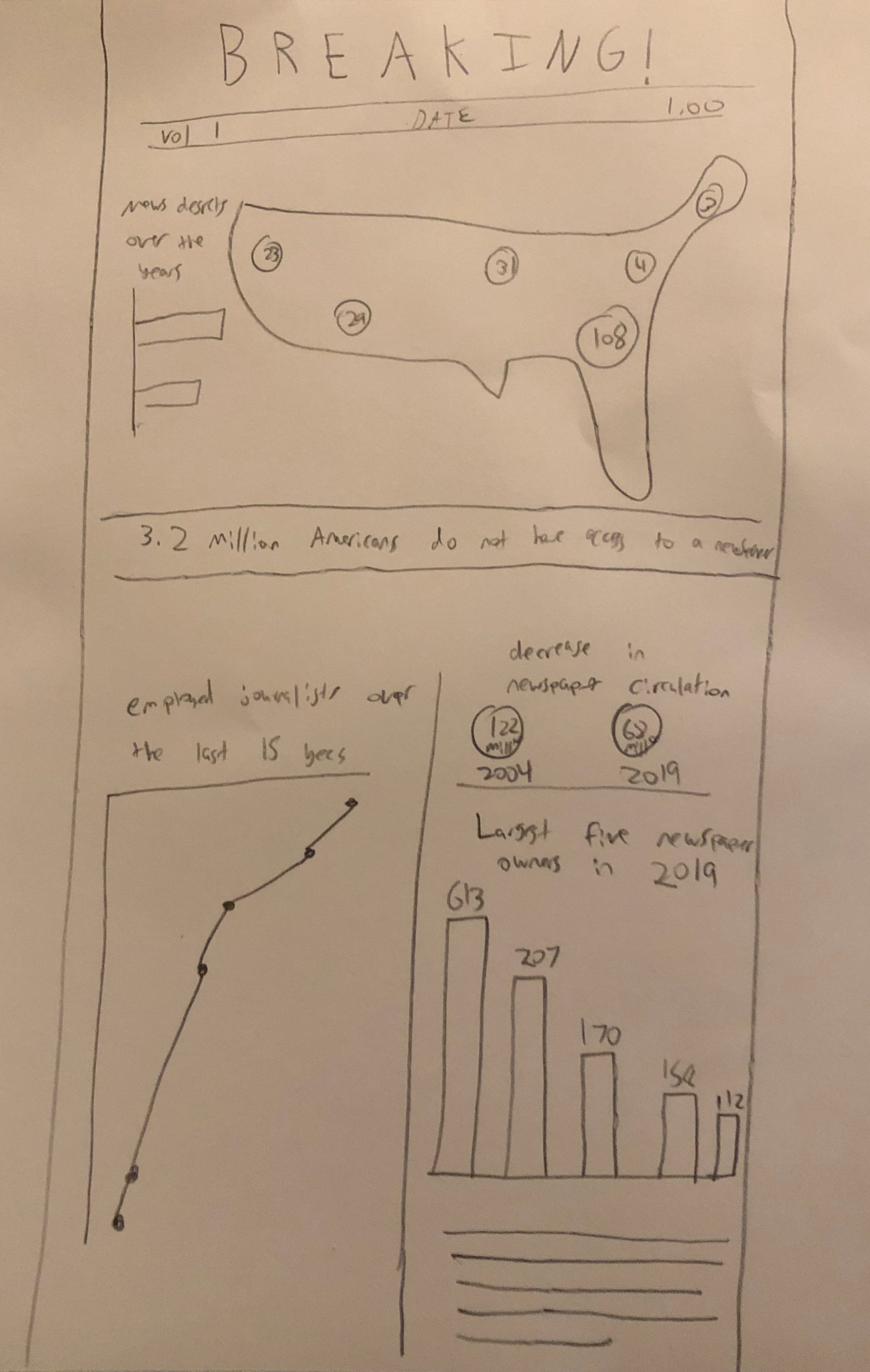 The final infographic for Breaking! had a few content changes from the paper sketch.

The earlier version had a more prominent grid to match areal newspaper; however, it made the infographic too segmented, so the visible grid was streamlined.

The map of the U.S. was turned into a heatmap rather than circles with varying sizes to demonstrate news deserts by region.

The final version infographic is visible below.